The Rheingau is one of the most distinguished wine regions of the world. Queen Victoria’s enthusiasm for Hochheim’s wines contributed to their popularity in England, where they, and ultimately, Rhine wines in general, were referred to as Hock. The world-renowned oenological research and teaching institutes in Geisenheim have contributed significantly to the German wine industry today.

The first Spätlese (“Late Harvest”) Riesling was produced in the Rheingau in 1775. A courier sent by the prince to deliver permission to begin the grape harvest was delayed by several weeks, during which time noble rot increased the sugar levels of the grapes, producing a rich, luscious style of Riesling. From then on, vintners deliberately dedicated a portion of their harvest to be picked later in the season to allow for botrytis.

Although the wine-growing area is small, there are many kinds of soil, including chalk, sand, gravel, all types of clay, loess, quartzite and slate.

The Rhine Valley, along the 50° latitude, is practically one long hillside on the northern bank of the river. The Taunus Hills provide natural protection from cold winds and torrential rainfall. The Rheingau stretches from Wicker and Hochheim (near the confluence of the Main River) to the Rhine River’s bend at Rüdesheim and beyond, to the border with the Mittelrhein at Lorchhausen. 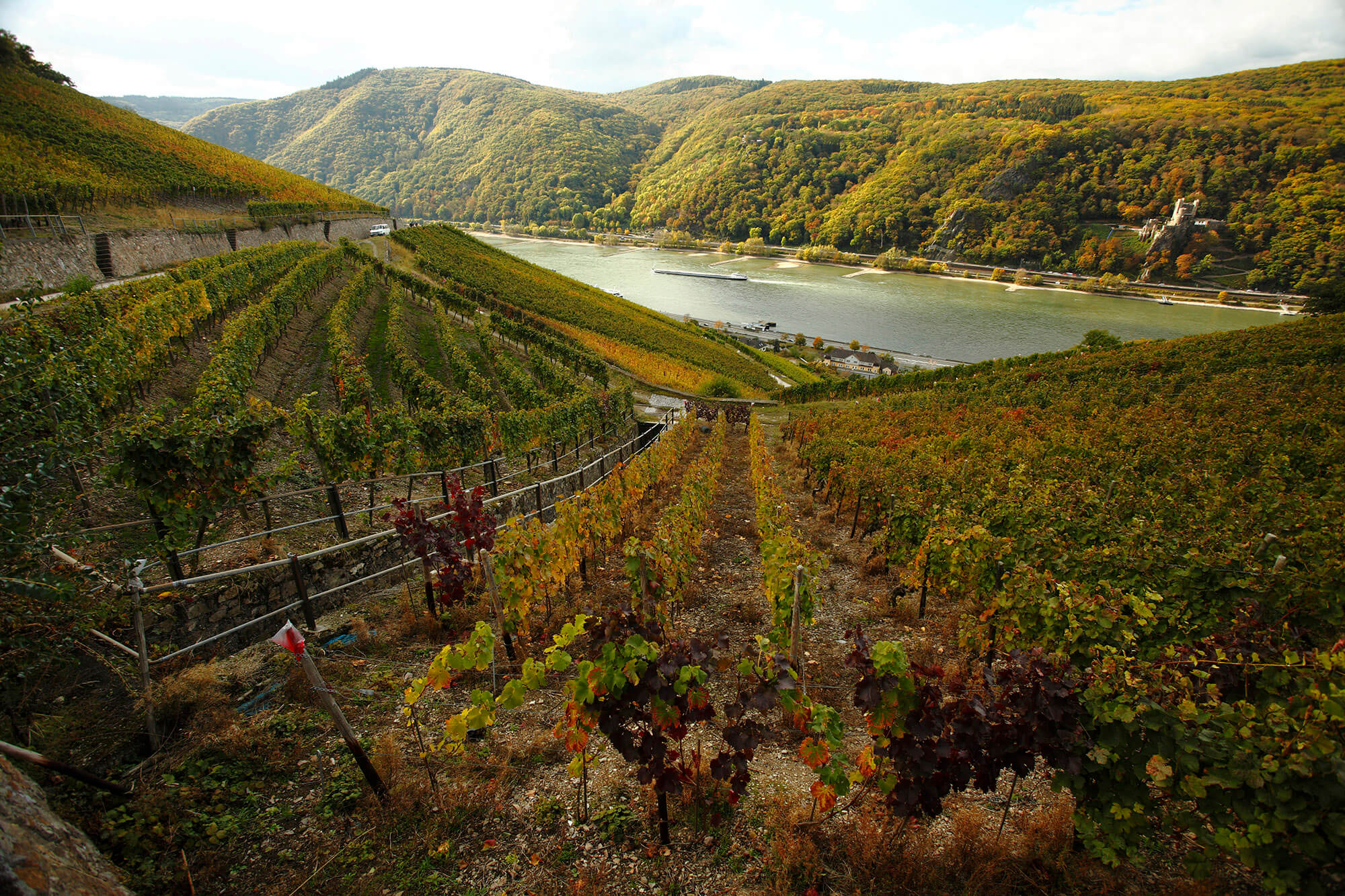 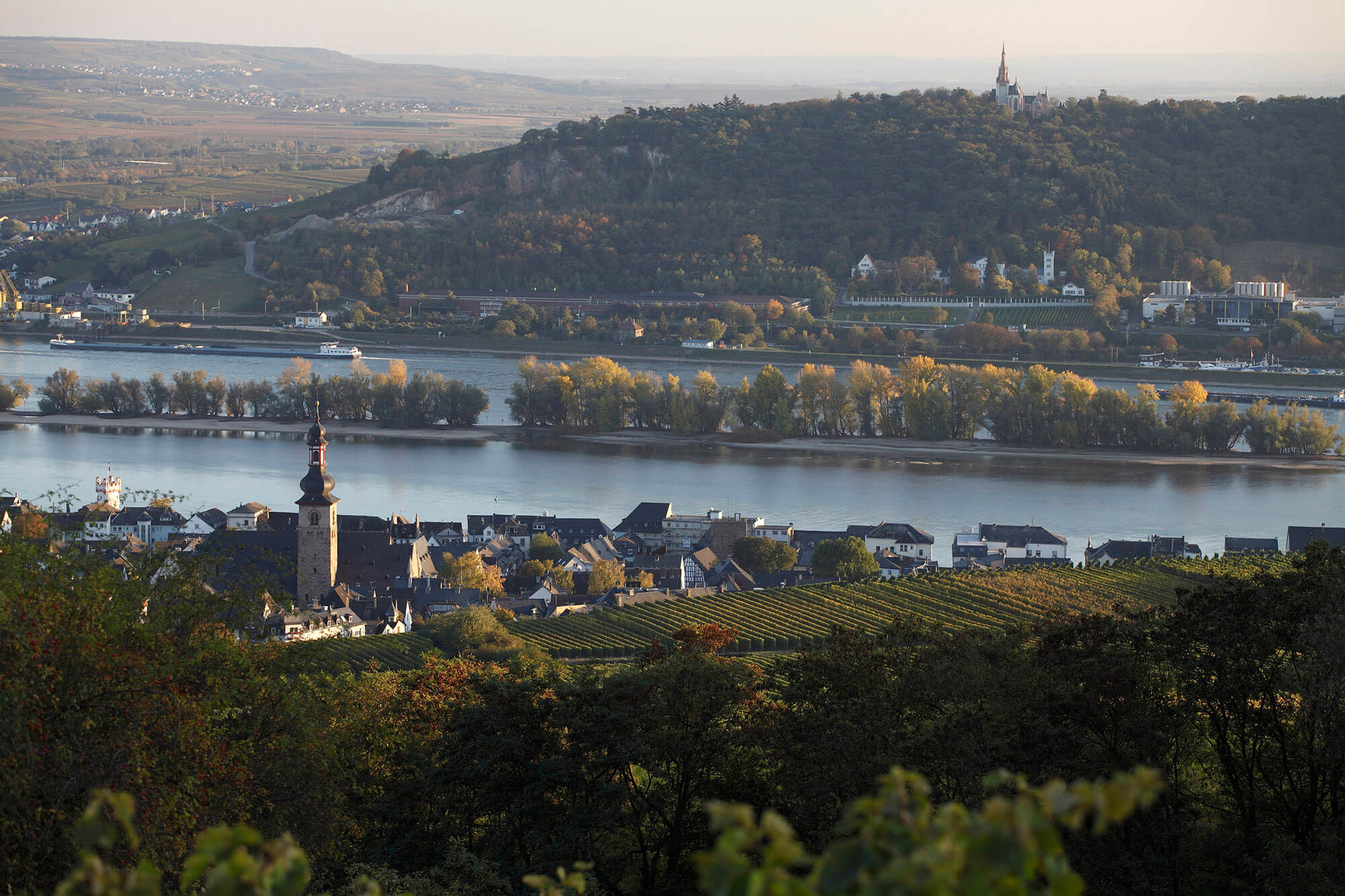 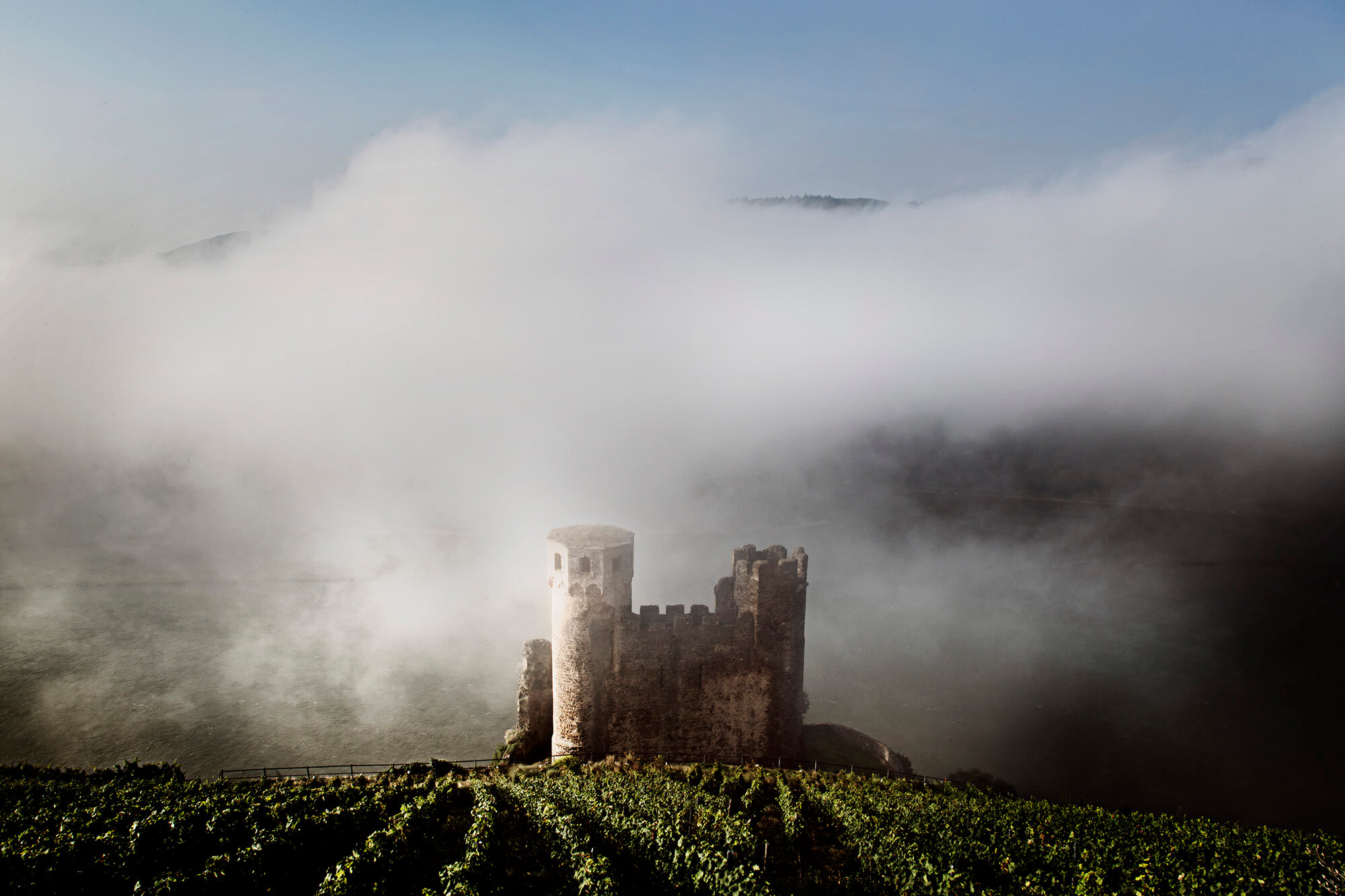 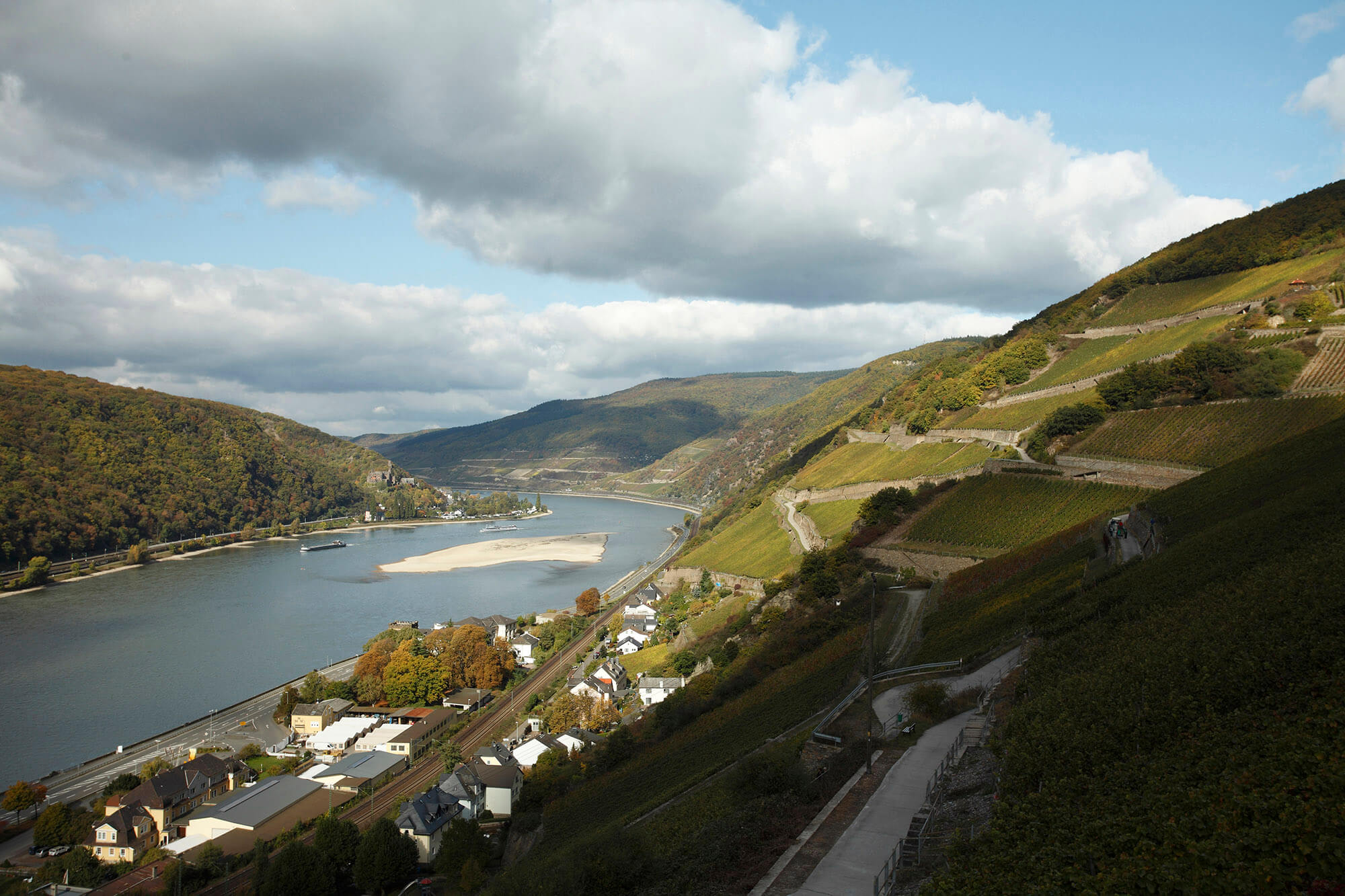 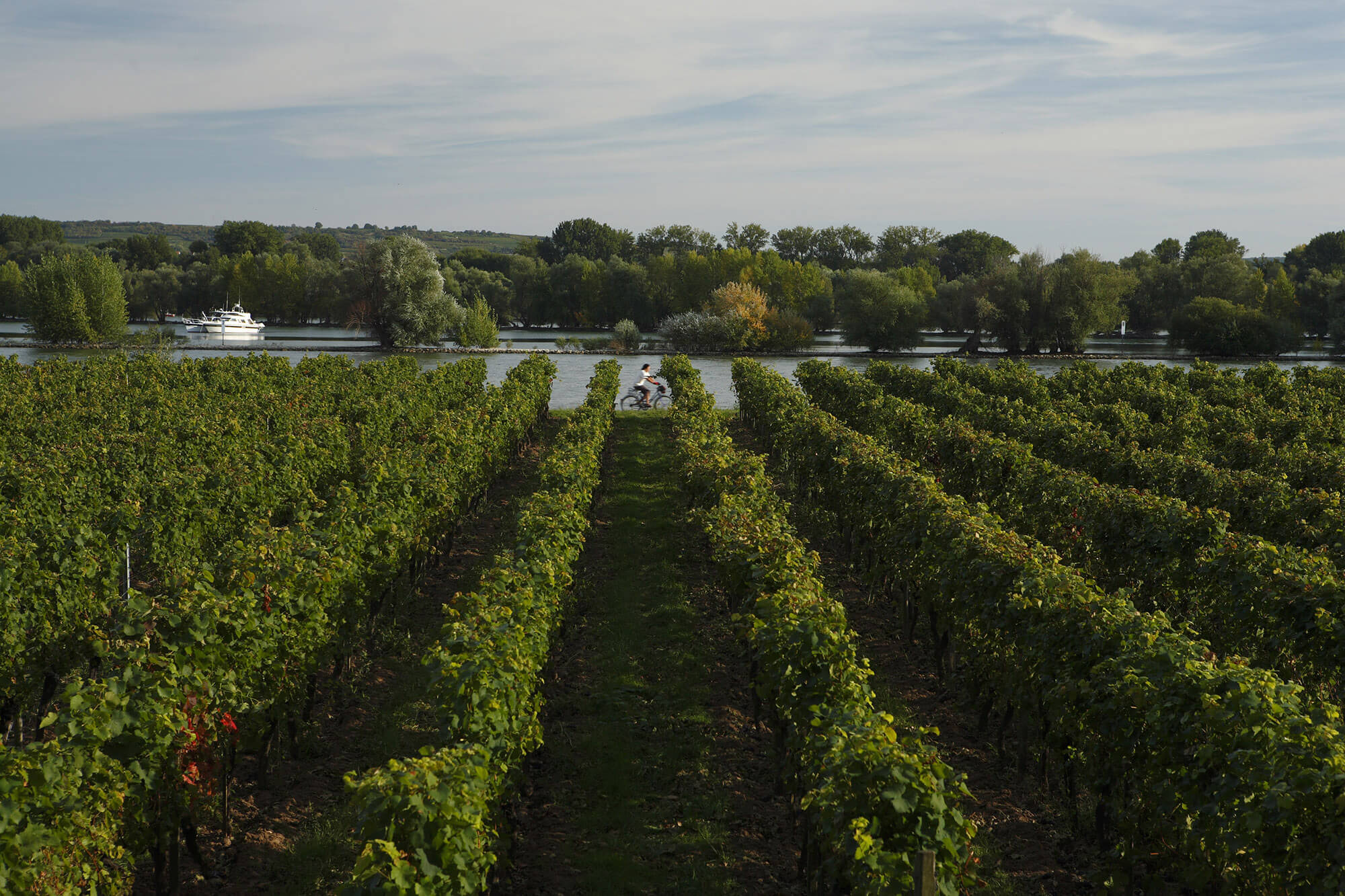 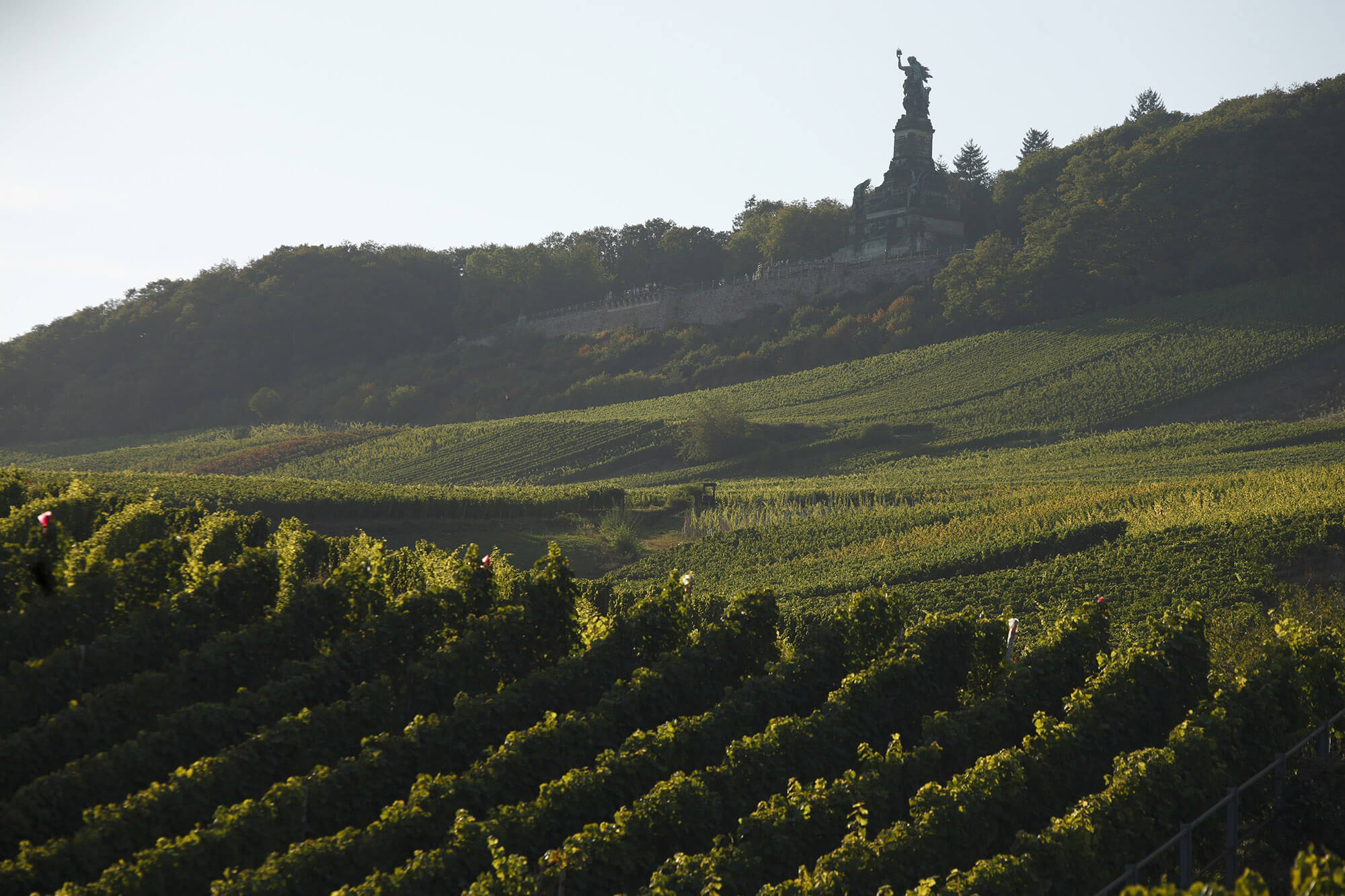 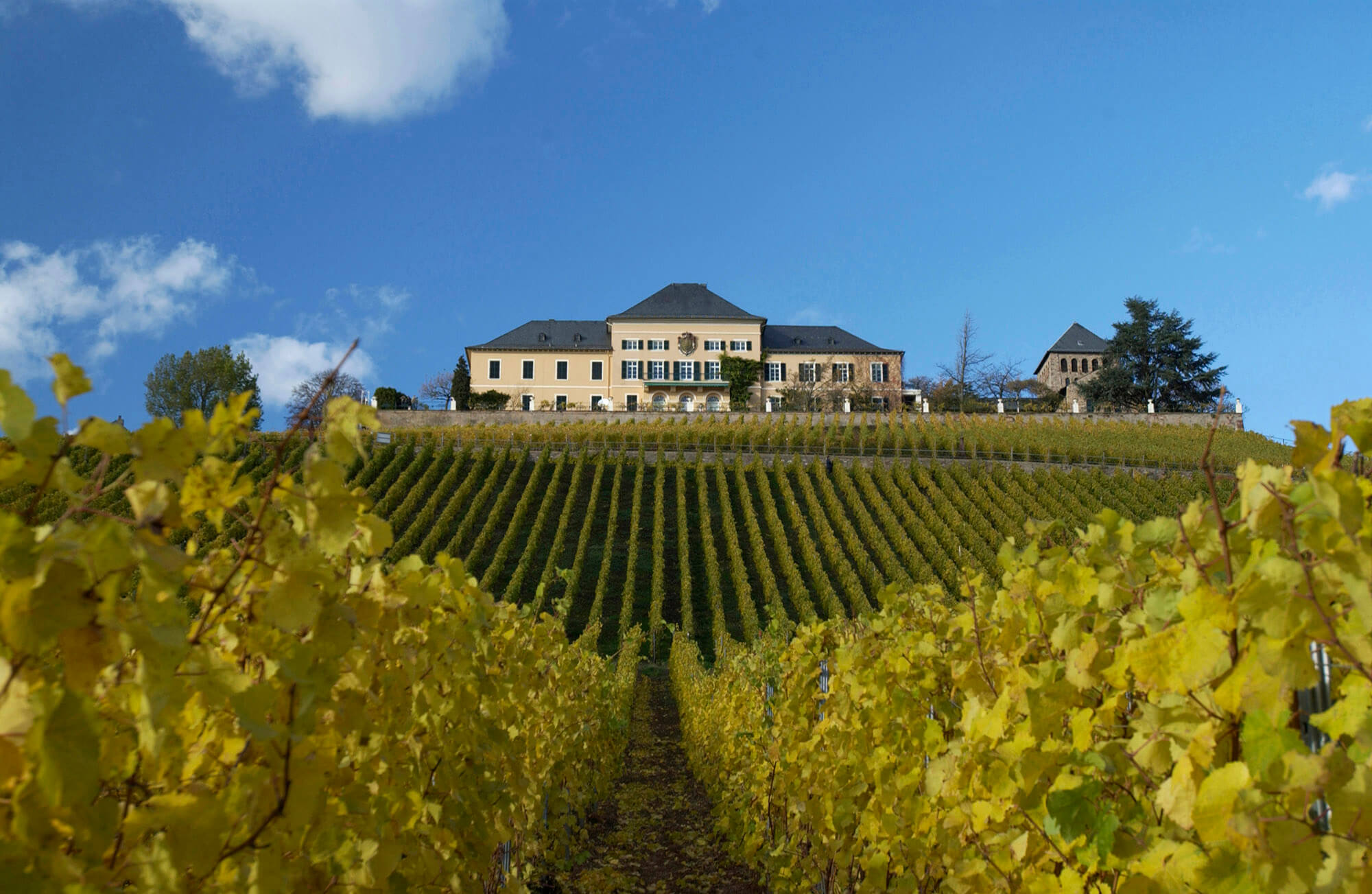 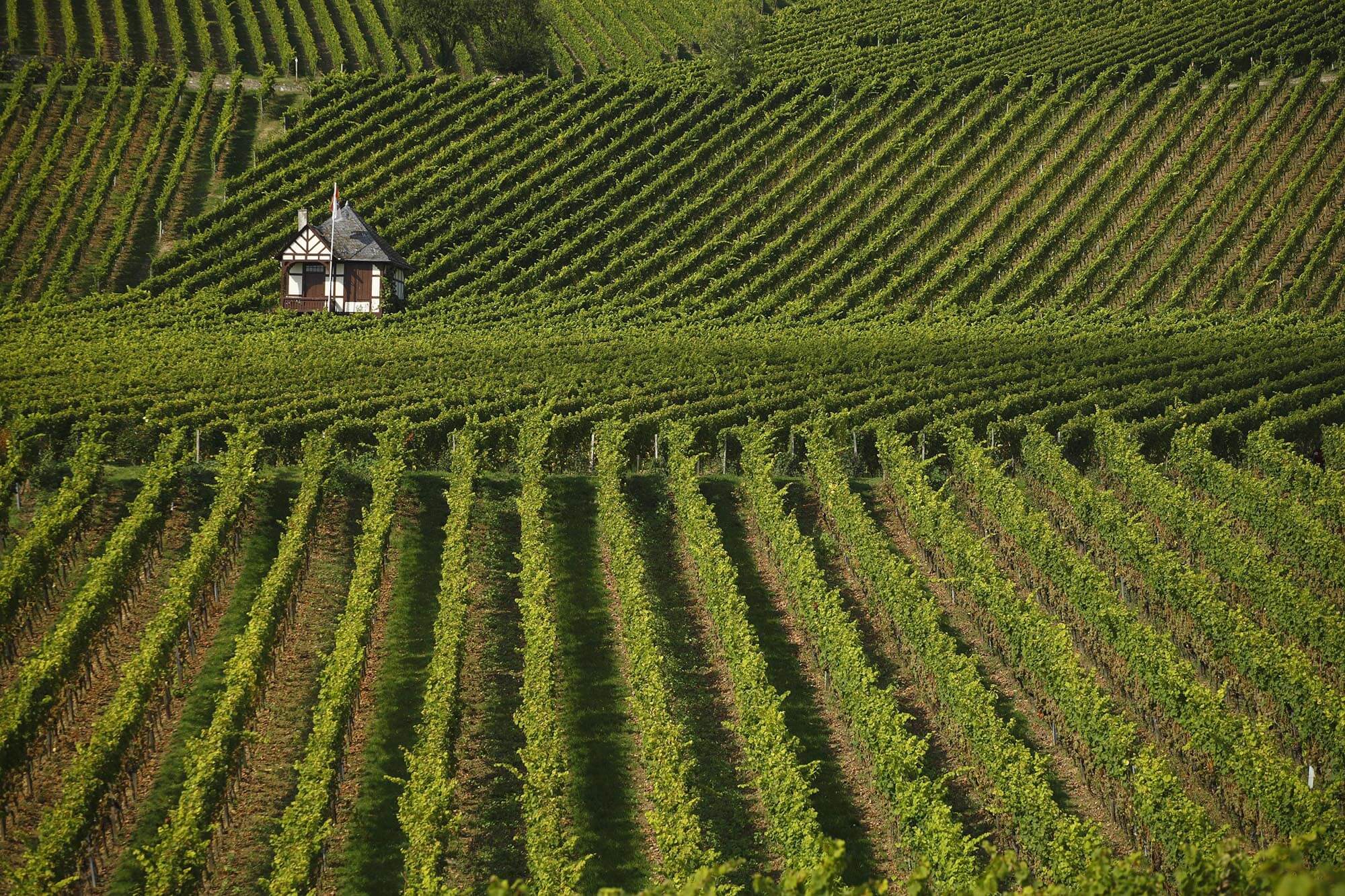 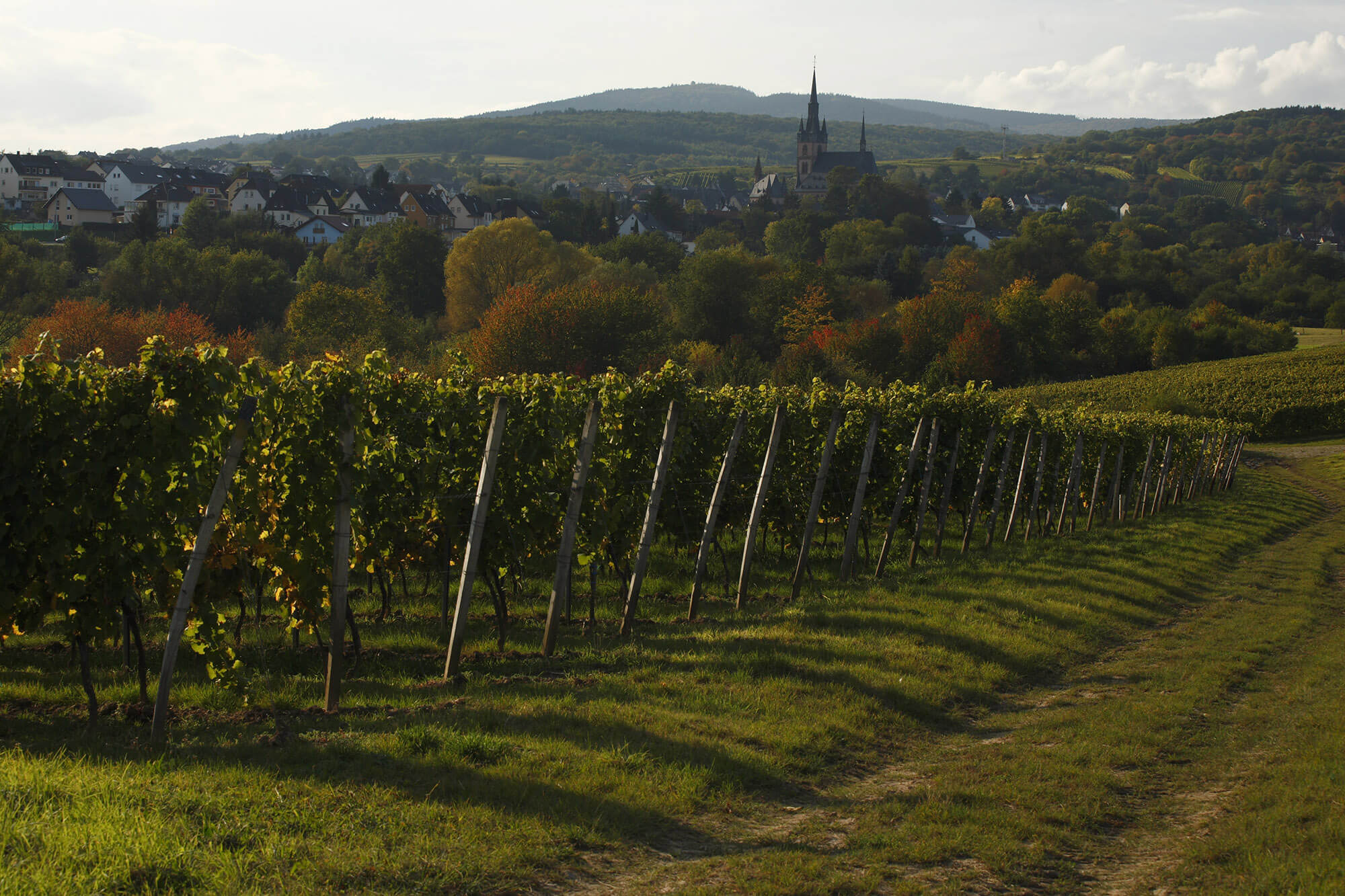 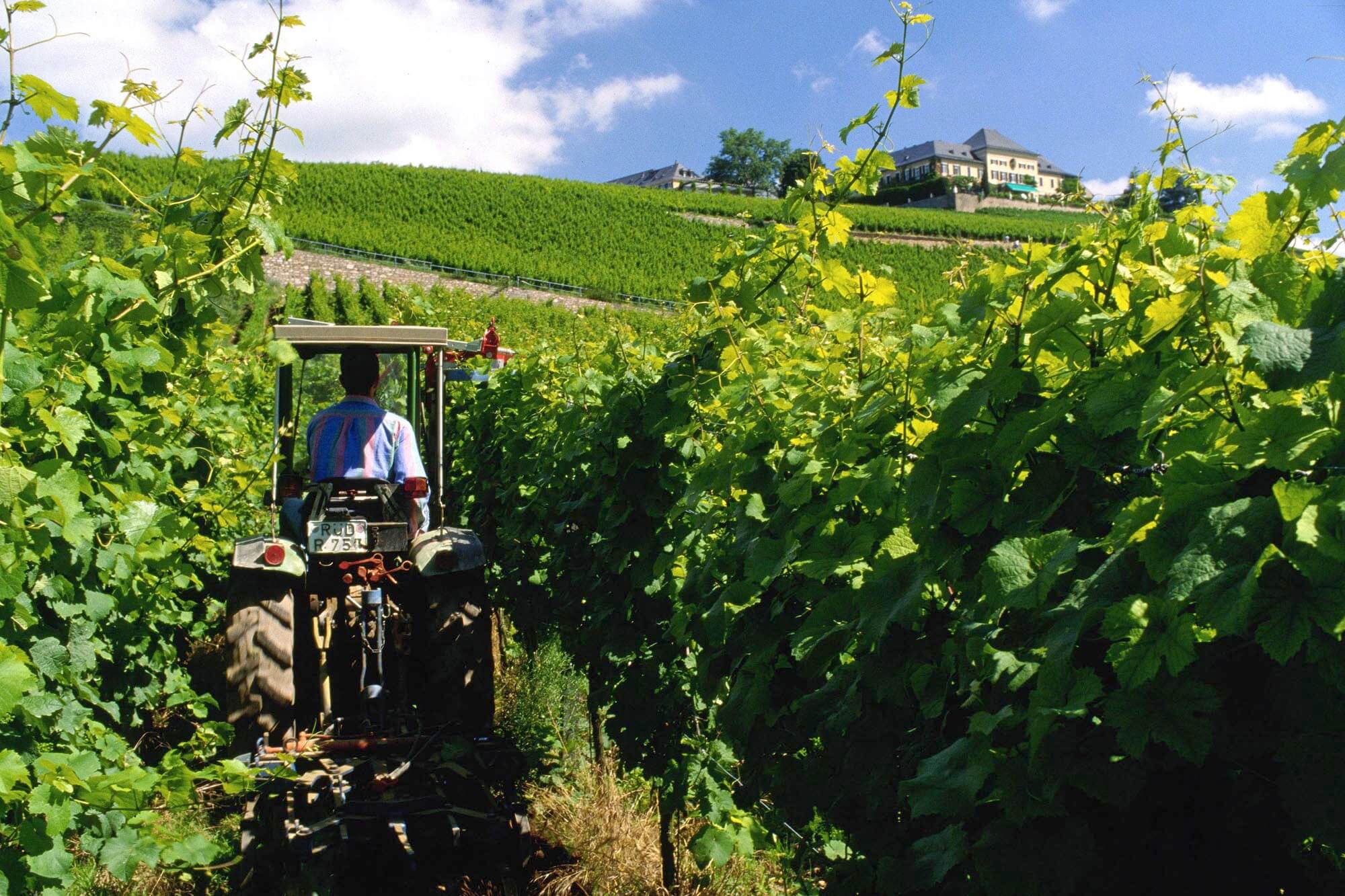 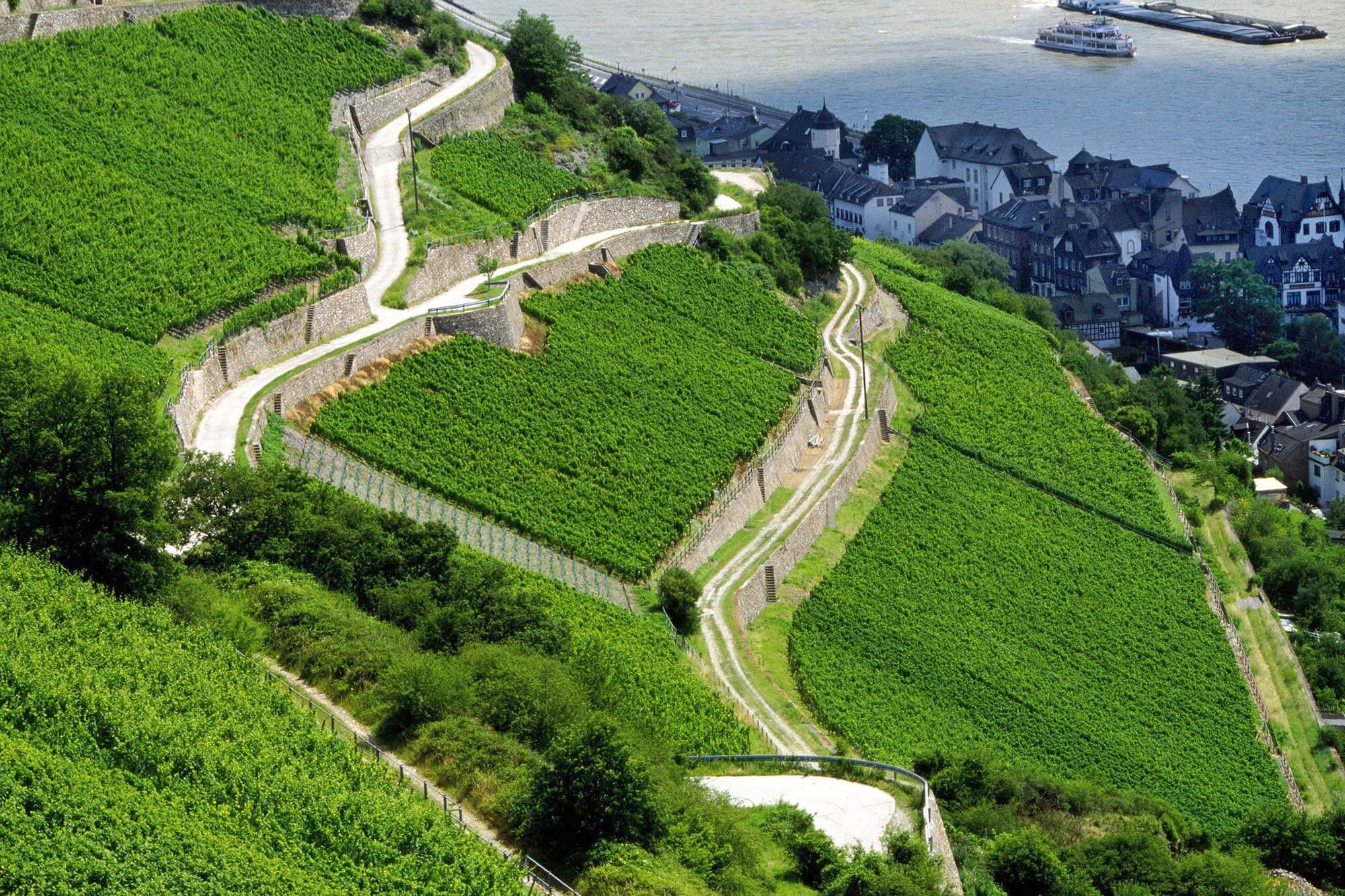