The Ahr is one of Germany’s northernmost wine regions. It is also one of the smallest, with vineyards extending only about 15 miles along the Ahr River as it flows toward the Rhine just south of Bonn. Four out of five bottles of Ahr wine are red — velvety to fiery Pinot Noir and light, charming Portugieser dominate. Dedicated Ahr vintners often have to climb craggy slopes to reach the many small terraces planted with only a few vines, where stony soils absorb warmth.

– Very hot and humid in the steep sites

– Greenhouse-like in some of the steeper sites

Located in the northern portion of the state of Rheinland-Pfalz, the Ahr is the northernmost wine region in the western part of the country. Vineyards in the Ahr Valley are protected from harsh, cold winds by the Eifel Hills. From Altenahr, in the west, to the spa Bad Neuenahr, the vines are perched on steep, terraced cliffs of volcanic slate. In the broad eastern end of the valley, the slopes are gentler and the soils are rich in loess.

More Images of the Ahr 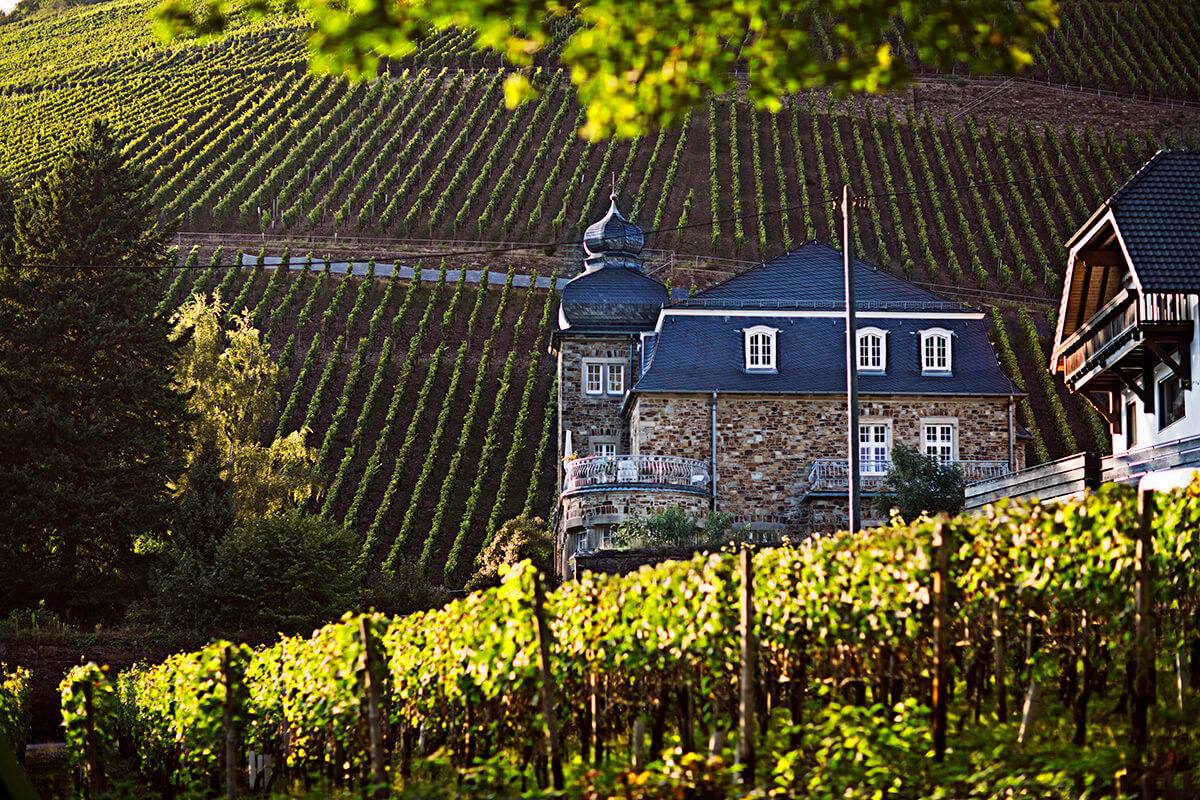 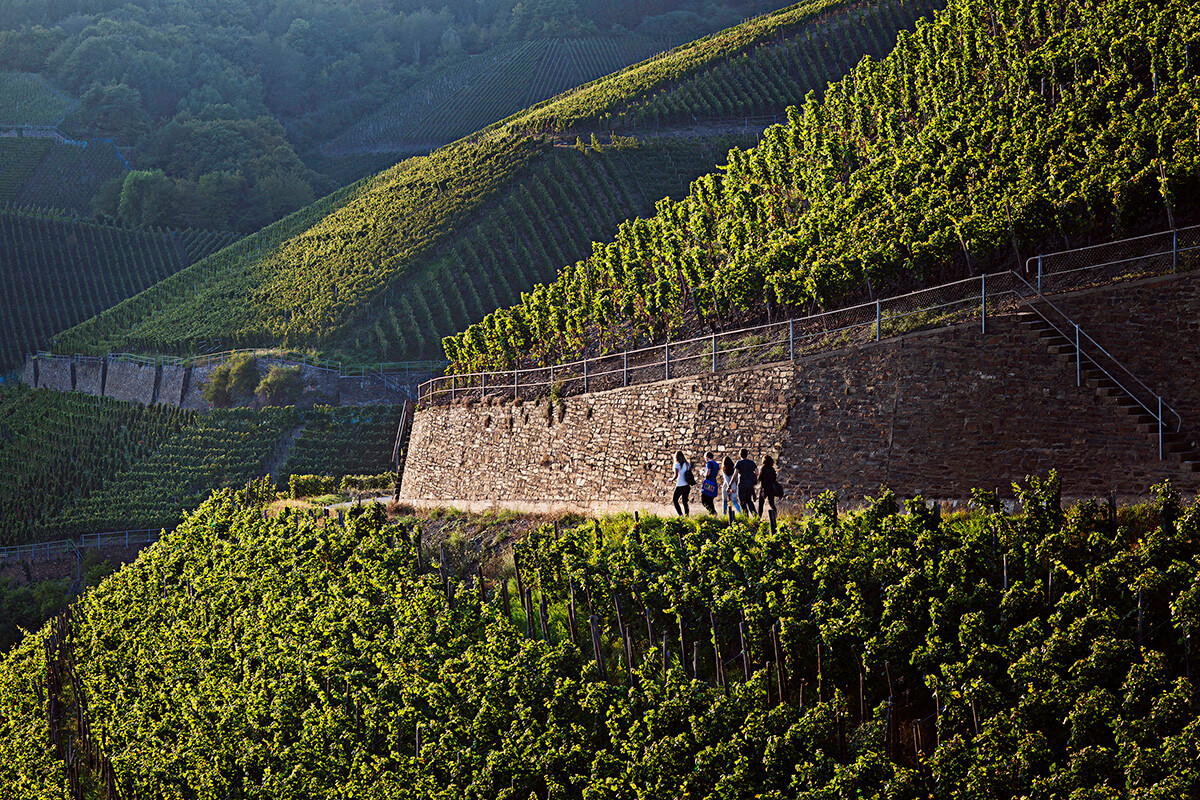 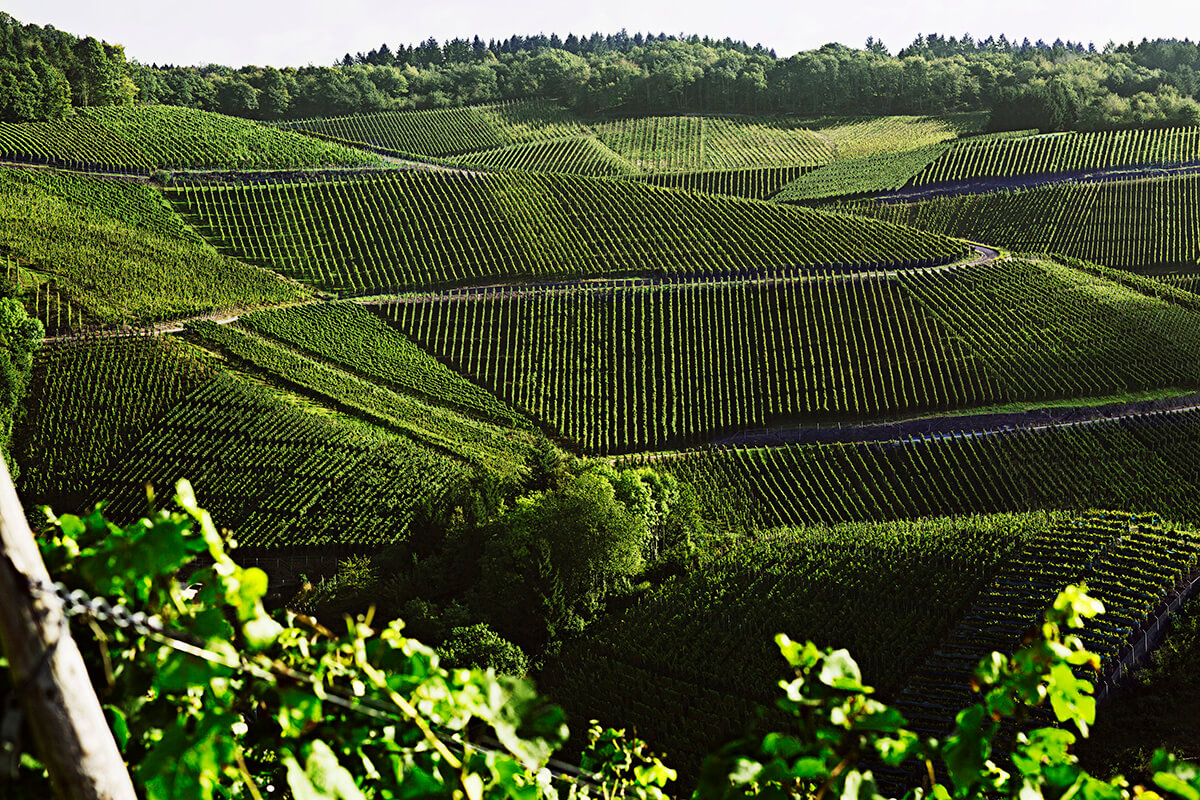 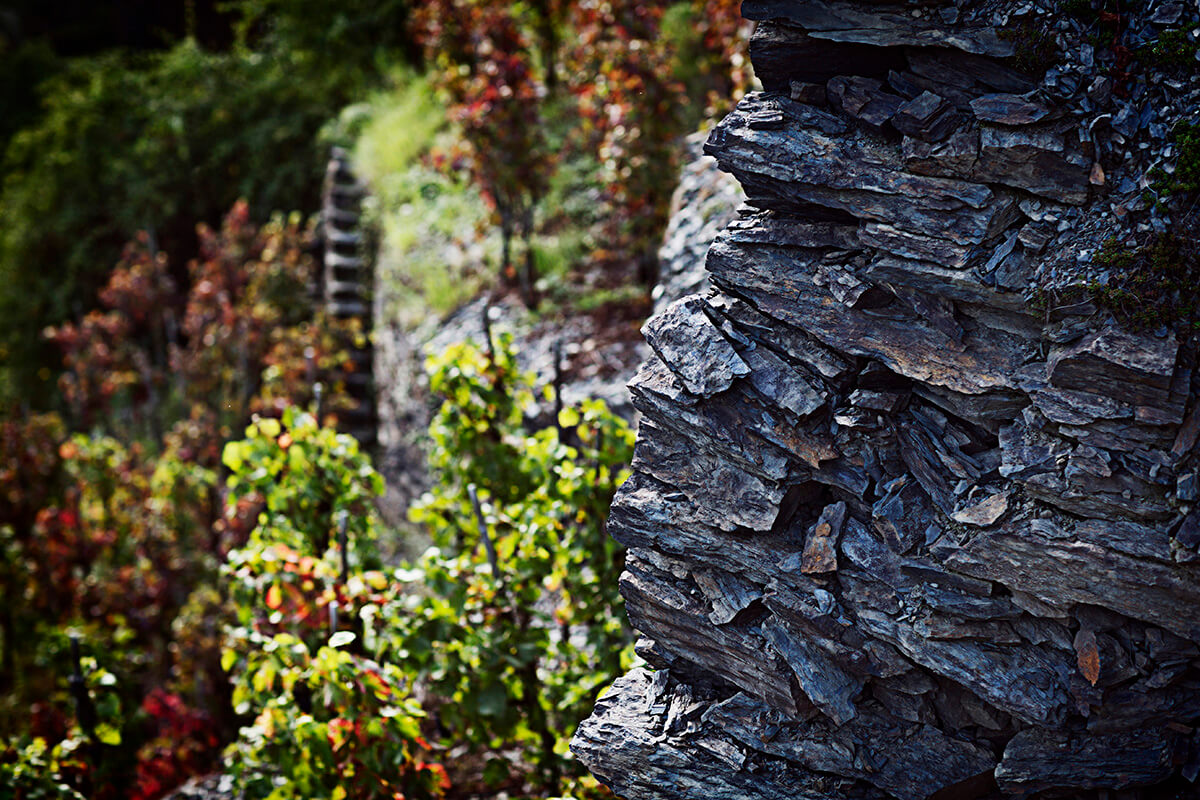